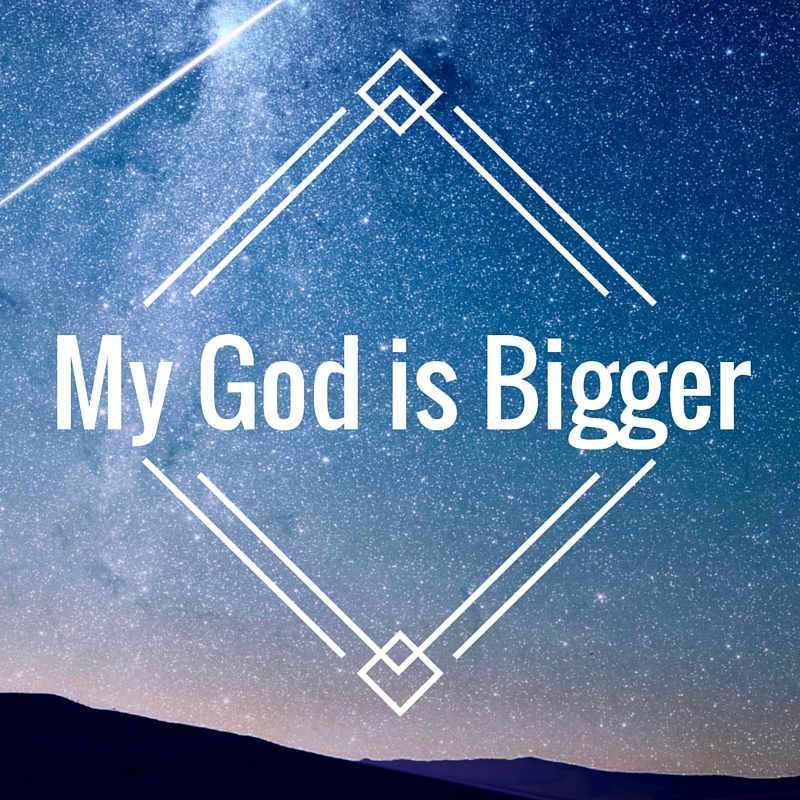 My God is Bigger

I’ve been thinking a lot about my prayer life lately.

I’ve been pondering the kinds of things I’ve been praying for. And in the middle of my prayer the other night, I realized something.

My God is bigger than what I’ve been praying for.

There’s a particular thing I’ve been praying about a lot lately, and I have been praying for the easiest solution. A sort of compromise. But by doing this, I’m putting God in a box. I’m saying to Him that I only believe that he can solve this tiny problem, instead of fixing this huge one. Why do I do that?

My God is a God of miracles. The same God who parted the Red Sea and raised people from the dead. I have seen actual miracles performed right in front of me- so why do I only think he will be able to fix the small problems? Why do I assume my God is only so big? He is bigger than I could ever fathom, more powerful than I could ever imagine. He’s the creator of the universe- he breathed the stars into existence. But, I worry he can’t fix this?

There’s no stipulations, no terms of service. No footnote that says ‘some exclusions may apply’. It says EVERYONE.

When you’re on your knees. Broken and wounded. Don’t ask for a band-aid. Ask for complete healing. He can do it. It may not be in the way we want, or on our timeline. But, ASK and you will RECEIVE.