Earlier this year, my hubby and my father-in-law took my front entrance from sad stepping stones, to pretty, functional walkway. I totally forgot to share the pictures and the process with you, so I’d love to share them now.

But…guess who forgot to take before pics? I’m going to blame the hubbs for that one, but I’ve got the during pics to share.

First, they marked off the area where the new sidewalk would be, making sure it was going to be straight. And, then they removed the stepping stones, which weren’t even a little straight. We had just thrown them down when we moved in, and I was 8 months pregnant. So they were super close together and were supposed to be a temporary solution. Life catches up with you fast though, so here we are 3 years later…

Then, they removed all of the grass from the marked off area. Trying to make sure it was level from left to right.

Next, they lined up the new stones, which were larger stones that are made to look like smaller stones fit together. Just to make sure they would fit into the final area.

Then, they removed the rest of the loose dirt and compacted the dirt so that the stones would fit snugly. They also made sure the sides were nice and lined up and clean looking.

Next, they put down a weed barrier to prevent vegetation from coming up through the seams in the pavers. No one wants to do all of this work, just to have weeds push up through the stones. This is definitely a necessary step.

After that, they spread out a layer of sand to place the stones in. The sand holds the pavers in place, keeps them from shifting, and helps to level everything out. They used a concrete hand float to even out the sand, which was easier than using a shovel.

They put up a string line to make sure the center line stayed straight as they placed the stones, alternating the pattern in the pavers as they went.

They also made sure to continue smoothing and leveling as they went. And, they used a rubber mallet to set the stones in place.

The whole process was continued until they reached the end.

Then used a push broom to fill it in and sweep off the excess.

Afterwards they sprayed it down with water to clean the stones and help the sand compact.

The final step, which I didn’t take photos of (because we did it a week or so later), was to to take polymeric sand and fill in all of the crevices. Then, you spray that with water and it hardens, so you don’t have loose sand blowing every which way every time you walk down the walkway.

Overall, it’s a much prettier and functional walkway to our house. Plenty of room for 2 people to walk side by side, and our feet don’t get muddy. My little guy thinks his “new sidewalk” is awesome!

I hope you get inspired, knowing such a small change can really change the overall look and functionality of a part of your home. What are some recent updates you’ve done? I’d love for you to share them! 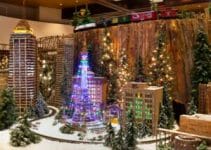 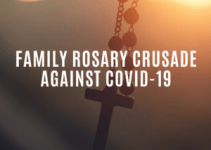 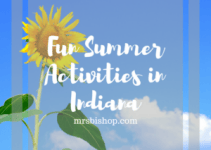