Let’s be honest. Marriage is work. HARD work. And anyone that says different is a lying liar from liar-ville that lies. It is forever changing. No two days are the same.

Early on, your husband will laugh and think it’s cute when you roll your eyes at him. On day 1,542, he’ll get up and leave the room.

The goofy man you married with the sense of humor you fell in love with won’t seem so funny after 3 sleepless nights with a colicky infant. Or won’t be able to make you laugh after you’ve cleaned up vomit for the 3rd time in 2 hours.

You’ll argue over screen time and what the kids have been eating. How long they napped. Or who’s getting up to do the next diaper change.

Once the kids are a little older, you won’t see eye to eye on how to discipline them. An argument with your toddler will turn into an all out fight between each other- because you both KNOW what’s best for them. One of you will be too strict, and one of you will be too laid back. And, the next thing you know, you’re yelling at each other. Then our sweet little angels pick up on this. They learn how to turn us on each other when they’re in trouble- making us forget who we were angry with in the first place.

Late nights out and lazy days spent in will become a thing of the past. Naked breakfast in bed- sorry, never gonna happen again. ‘Tis but a sweet memory.

Have the urge to take a spur of the moment trip? Don’t forget the diaper bag, extra swing, bouncy seat, boppy, extra diapers, extra clothes in case of a mess, formula, bottles, boots, jackets and coats in case it’s cold, books, toys, batteries (for the toys), and for the love of all that is holy- do not forget the baby’s favorite blankie! Oh, nevermind…

You’ll find most of your dinner conversations will become about your children. What they did. How they ate. Activities. Schedules. And, yes- how many poops they took that day.

The things you had in common in the past morph into one big glob of nostalgia. These tiny people will take up most of your time and energy. Overtaking every aspect of your lives. You won’t be able to shut it off. Your thoughts will be about them first. You’ll think of them last before nodding off into sweet exhausted sleep.

You DO have these tiny humans in common. You created them together. You’ll see your best and worst traits coming out in them. (The worst are obviously your partner’s fault.)

You’ll high five your husband after you get the baby to sleep after a particularly long crying jag.

You’ll wrap your arms around each other and sigh over their tiny sleeping forms. Amazed at how beautiful they are. (Then tiptoe out as quietly as possible, not wanting to risk waking them… again.)

You’ll split a bottle of wine at the end of a long week, and share laughs over the hilarious (and sometimes slightly inappropriate) things that your toddler said. Silently fist pump when you watch your child make the right choice without prompting.

So, yes- they change us. Our marriages will never be the same. But, if we remember that we’re in this together- the raising of the next generation, it will actually strengthen us. And our love for each other will only grow stronger. 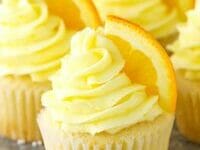 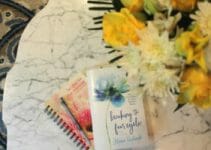 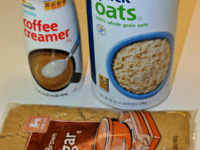