In my green skincare journey there has been one product that I have been having the HARDEST time switching out… Deodorant. Our bodies get so used to the chemical-laden formulas, which work, but are also terrible for us in the long run. I have been on a journey the last couple of months to find some safe (and effective!) deodorants that will work for even the stinkiest of girls (ahem, me). I’m going to share with you the pros and cons of each of these. I haven’t found one that’s perfect, and I may never be able to. I occasionally even go back to my conventional formulas (gasp!) But, here’s a list of the ones that I’ve been liking- and maybe even some I would never try again.

Schmidt’s Deodorant: I was so excited when I heard that Schmidt’s had finally come out with a stick formula. They’re famous for their deodorants in the little jars, and they’re one of the brands that always stand out in peoples’ minds when they think of Natural Deodorant. Thankfully, they even have some Sensitive Skin Formulas that don’t contain baking soda- which really seems to irritate my underarm area. After trying this Fragrance Free version several times, here are my thoughts: It does work well at making me feel like I’m wearing a conventional deodorant. And some days it worked really well. But, there were others where it didn’t help keep me smelling the freshest- but, again it’s fragrance free, so I can’t really complain. They also have both a Tea Tree and a Geranium scent in the sensitive line, so I am definitely going to give those a try. I’m going to hold on to my Fragrance Free version for this winter. Because, I really do love the formula and once it’s not 100 degrees outside anymore, I think it will suit my needs nicely. I definitely think you should look into Schmidt’s if you’re considering a natural alternative to your deodorant!

Routine Cream: Routine is a Canadian brand that makes cream deodorants from clean, wholesome ingredients. They have 12 different scents and 3 formulas to choose from- including vegan and sensitive skin. I tried their Sensitive Skin one called ‘A Girl Named Sue‘. Though it is for those of us with sensitive skin, it does contain a little bit of baking soda, but it is farther down in the ingredient list than the others- making it more gentle. It didn’t really irritate my skin when I used it, but be aware if you’re highly sensitive. I loved the formula of this deodorant as well. I think it did an excellent job keeping me smelling fresh for a pretty long period of time. The only downside to me, is that it is in a jar, and I don’t like the feeling of deodorant on my fingers. But, I remedied the situation by using a little plastic glove to apply it- you could also use a little spatula. Another good thing about this brand, is that the jars are fairly large and contain enough product to last you 3-6 months. Give them a try if you love cream deodorants (especially you my Canadian friends!).

Zero Deodorant: Zero is all natural, aluminum, paraben, and propylene glycol free and doesn’t contain baking soda at all, which was definitely a plus for my sensitive pits! It works by preventing and eliminating odor by creating an oxygen rich environment where odor causing bacteria can’t survive. This deodorant was definitely different than any other that I’ve tried. It did a great job of keeping me smelling fresh and worked well in the heat. The only thing that was a slight disappointment for me is that the smell is really strong- you can almost smell the oxygenated “bubbly-ness” of it, almost like carbonation. But, if you don’t mind the smell- it worked great for sensitive skin and kept me decently fresh. They also have a Men’s line and a Tween line. My favorite scent was the ‘Daydream‘ scent, and I will probably continue using it- I just have to get past how strong the scent is. But, hey it’s waaay better than being stinky!

Overall, I did like these 3 well enough, and may even repurchase them. Like I said, finding a natural deodorant that works with your body is a process, and your body has to de-tox out all of the chemicals that it’s used to.

Now I want to share a couple of deodorants I will never be using again:

Tom’s of Maine– I don’t think it contains Baking Soda, but AS SOON as I applied it, it broke my underarms out. They were burning and itching, and I had to wash it off. I only tried it once- and that was enough!

Blissoma Natural Deodorant Solid: This did the same thing- broke me out as soon as I put it on. I love Blissoma products, but this one was a no for me. It does contain baking soda, so I’ll blame that. I also didn’t like how dry it felt. I think I’ll give their Deodorant Spray a try instead, as it sounds interesting. I’ll update you if I do!

Which product would you like to try? Or do you have any recommendations? I’m always up for trying new things!

*I received these products in exchange for an HONEST review- all opinions are my own. This post contains affiliate links.* 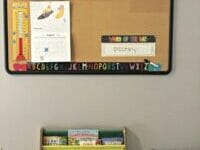 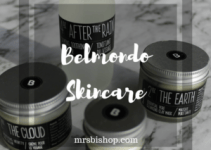 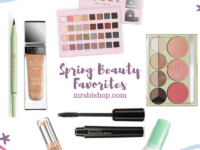