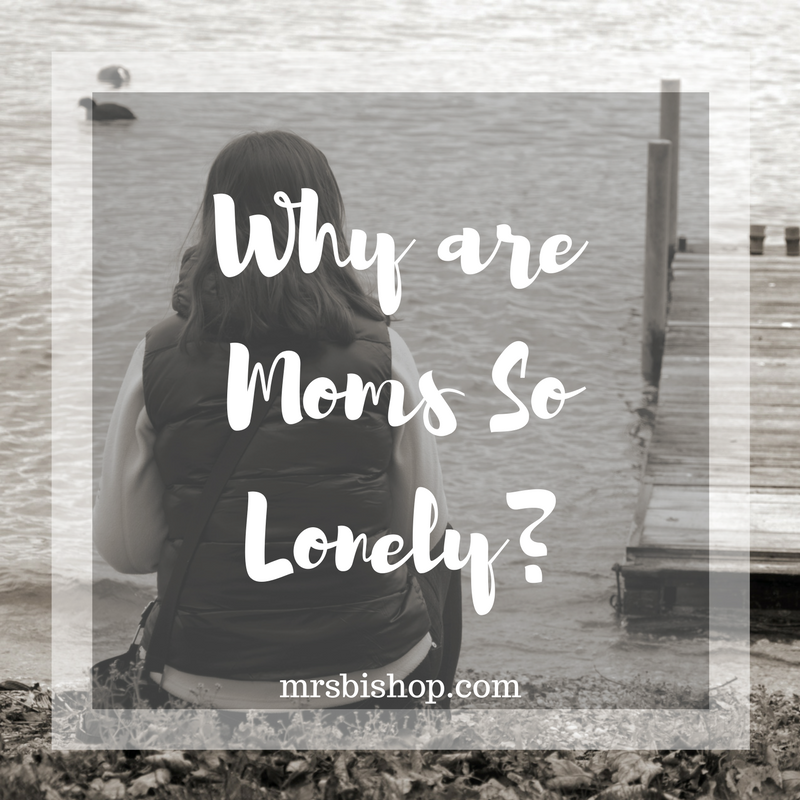 Why are Moms So Lonely?

I’ve been having this thought a lot lately:

In a world where there are literally hundreds- maybe thousands of ways to connect, why are there so many lonely Moms? Sometimes myself included!

Why is authentic connection so hard to find? Is it because instead of talking, everyone is looking at a screen? In waiting rooms, lines, stores….I went to the grocery store the other day, and spent a good amount of time maneuvering around people who had blocked the aisle because they were looking at their phones. I thought, “surely they’re looking at their grocery lists?” Nope- ALL of them were scrolling through Facebook. Yes, I checked!

While I understand that it’s a way to stay in touch with people we don’t get to see often, what about the people actually in front our faces?

That lonely Mom who spends all day with kids- craving connection. That elderly woman who rarely gets the chance to get out of the house, begging for a kind word.

It breaks my heart.

I sat through my son’s Taekwondo lesson yesterday, and just watched everyone on their phones. People barely spoke a word to one another. These are people who meet week after week, and yet I only know a handful of their names.

It used to be considered rude to look at your phone when someone was talking to you, but now it’s perfectly socially acceptable. And, until that changes, there are still going to be so many lonely people.

Not only Mothers, but especially us! People are quick to offer advice (and pass judgement) with the anonymity of the internet. But, in real life, often it’s radio silence.

Let’s recognize that we’re living in a technologically driven world. I get it! I’m a blogger, so social media is actually even part of my job. But, let’s also recognize that there are actual people all around us. And that it’s important to interact. Because without physical human interaction, what are we left with?

Have you noticed this trend or am I being too sensitive? I know spending most of my days with a 6 year old can weigh on me, but my heart has been craving more authentic connection lately.