“God will never give you more than you can handle.”

Sounds like a nice concept. I wish it was the truth. But, it’s not. It’s not even biblical.

1 Corinthians 10:13(NIV) says, “And God is faithful; he will not let you be tempted beyond what you can bear.” But, that’s speaking of temptation. Not of the weight we are capable of bearing.

When I was going through the trying time of having a sick baby facing surgery, on team new mom no sleep: bound by uncertainty,  and feeling the weight of the world, I heard that saying a lot. I even began repeating it myself. When a friend asked how I was, I spouted, “God won’t give me more than I can handle.” And her response changed my world.

Think of Job. God allowed him to be tested. Tried. Let him be pushed to his breaking point.

Not that I ever want to go through all that Job did, or would I ever begin to compare myself to him. But he is a great example of what can happen. He lost EVERYTHING. Family. Possessions. And nearly his sanity.

So yes, we can be overwhelmed. We can be overloaded. We can be pushed until we break. But, it is who we turn to when we’re broken that defines us. Who we look to, to pick up those broken pieces.

My pastor has a saying that I love. He says we assume because we are Christians that life should be all “strawberry pie and whipped cream.” But, we should know better.  John 16:33(NIV) says,

In this world you will have trouble.”

But, then comes my favorite part, the last section of the same verse-

But take heart! I have overcome the world.”

How wonderful is that? We will have trouble. But, we also have the one who has overcome it all on our side. The creator of the universe fighting for us. Walking beside us.

So if you’re right there. On the edge. About to lose it. Hold on. It might be more than you can handle. You may be in the deep end over your head. But get down on your knees anyway. It will be hard. It will feel impossible to praise Him when you’re drowning. Just give it a try. He will be your life preserver. He will lift your head above the troubled waters. You need only to ask.

And if the answer doesn’t come right away. Wait. It will be hard. But, wait for that still small voice.

He’s there. Just listen. Open your ears and stay on your knees. I know it’s hard. I’ve been there.

Remember that it’s what has been broken and mended that emerges stronger than ever before. 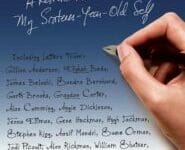 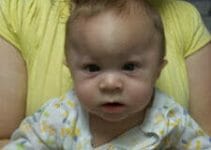