Y’all know I love Trader Joe’s- I story about their products pretty much daily. And their Fall releases are some of my absolute favorites. They’re also hard to get your hands on- so I know by sharing these with you, I’m almost guaranteeing that they’ll be even lower in stock- but, I have to share this yumminess with you!

Apple Cider Spread– I mean it tastes like the inside of an apple pie. You could literally just eat it out of the jar if that’s your thing. But, I also recommend spreading it on toast, or even putting it on vanilla ice cream. Someone I know spread it on pork chops in the crock pot and now I’m gonna have to try that too!

Pumpkin Butter– I mean do I even have to explain why? It’s basic girl pumpkin season. I will buy every pumpkin item that they have. But, the pumpkin butter is OG goodness. My pick for topping pumpkin bagels and waffles- which you also can get while you’re at TJ’s… win/win.

Cinnamon Bun Spread– I’m still not quite sure what to do with this stuff other than lick it directly off a spoon, but I highly suggest you get you some. You could dip anything it in, use it as cinnamon roll filling, spread it on pancakes. Anything. Or, like I said- eat it straight outta the jar.

This Pumpkin Walks into a Bar– These cereal bars I grabbed just because 1.) pumpkin and 2.) they’re cheap. But, my expectations were low. I honestly expected them to be gross. But, again- pumpkin everything! Then I ate one and they’re friggin delicious! So, I’ve been back 3x and they’ve been out… So, hopefully you’ll be able to snag you some!

Pumpkin Kringle– Can you really pass up a Kringle when they have them? I have a hard time not snagging one at least every few trips. Yes, they’re pricey- but HUGE. And they’re so good as an afternoon snack with coffee…or breakfast. Dessert. Any time of day…

Pumpkin Spice Batons– Need I say more? Probably not. But, I’m gonna! These are delish! Dunk them in your pumpkin coffee and thank me later…Apparently all I do in October is drink coffee and eat pumpkin things. This 10lbs of covid weight ain’t going nowhere this month!

Pumpkin Coffee Pods– Honestly, I love pumpkin spice lattes but usually find pumpkin flavored coffee lacking. The TJ’s ones are probably the tastiest ones I’ve ever found. I’m going to go make a cup now just because I remembered I have a stock of them in my pantry… I’ve heard the Autumn Blend ones are good as well, but just can’t quit the pumpkin ones long enough to give them a try.

Maple Oat Beverage– If you want to have the tastiest, maple-iest Fall coffee beverage- swap this stuff out for your milk of choice. I didn’t even need to add sugar. The maple flavor is strong- in a good way. Making your coffee reminiscent of pancakes on a cold morning. Again, they’ve been out on my last 3 visits, so I recommend stocking up if you happen to see it in store!

Pumpkin Rolls– I mean, I didn’t think anything could get better than cinnamon rolls for breakfast, but it can! We’re all fans of the Pumpkin Rolls in this house. There are only 5 in a roll though- so get at least two. You can’t stop at one.

Vanilla Pumpkin Scented Candle– Because, I can never pass up a good deal on smell-goods. Trader Joe’s candles are affordable and I haven’t found one that didn’t smell pretty good. I haven’t actually bought this one- but now I’m gonna stock up before pumpkin season is over.

Who doesn’t love a good TJ’s list? Leave me a comment and let me know which Fall Trader Joe’s items you love and I’ll grab some next week on my bi-weekly haul!

You may also like: Fall Printables or Pumpkin Spice Brie Bites. 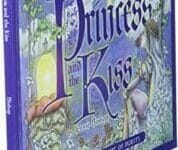 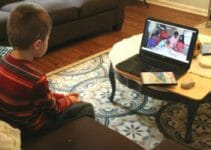 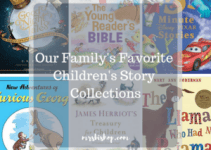