Steven is now 6 months old and doing great. His recovery has gone so well, and we were 2 months post op as of yesterday. He definitely keeps his Momma busy, which is one of the many reasons I haven’t been able to post lately…he’s actually napping right now, so I have a few minutes anyway. He had an EEG on Monday to check and see if there were still spikes left over from his seizures, and there were none. So, now we are weaning him off of his seizure meds, which he has been on since he was 2 days old. So thankful to be done with that. For the first time in 6 months, we have a perfectly healthy baby boy and it is wonderful! He is learning so much, and it’s amazing to see him grow and learn new things. He is starting to roll places, and is just about sitting up on his own. He’s eating solids, and even learning to drink from a sippy cup. Can’t believe how fast my little man is growing up. Don’t have much more time to post, because it’s time to feed the little guy, but will try to post again soon. And now he’s going to bed a little earlier at night, so I may even have a little time to be crafty in the near future….until next time.

He’s still lumpy, but those plates will dissolve over the next 9-12 months, and he should have a normal forehead!!!
Share Tweet Pin it 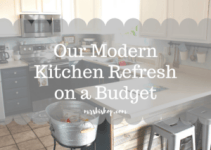 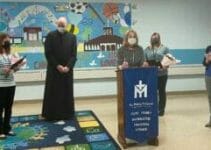