Who doesn’t love a crock pot meal? I know I do, especially with a baby, it’s so much easier to have dinner done on time, without having to do a lot of work. One of my favorites is Crock Pot Chicken and Dumplings. It’s super easy, and I change up the recipe every time and it always turns out delicious.
The best part about this recipe? You start with frozen chicken…that’s right- frozen! No thawing necessary. That is awesome when you have a million things to do and don’t remember to thaw out something for dinner.
The next best thing is that it’s super, duper easy.
Here’s the ingredient list (like I said, I change it up almost every time- but here’s the list for this time!)

You put the frozen chicken breasts in the bottom of the crock pot and season to your liking- I never measure, I just sprinkle it until it looks like enough.
Then dump the veggies on top. Usually I just cut up an onion and put it in there, but I was trying to sneak in some more veggies, and they mostly melt down into the sauce anyway, It should look like this:

Then dump the cans of soup on top of that. Originally I just used 2 cans of cream of chicken, but I like the variety and other flavors that the cream of mushroom brings.

Mix it up, and go ahead and add a little more pepper and other seasonings if you’d like.
Then I fill up one of the soup cans about 1 1/2 times with water and dump it in. You can also use chicken broth, but I’ve found that the water works just fine.
Then, mix it up a little more and close the lid up and cook on high for about 6 hours. Make sure it’s on HIGH, because the chicken is frozen- and you want it to be cooked thoroughly.
Once you take the lid of, it should look something like this.
Next, I take 2 forks and shred the chicken. I used to remove the chicken to shred it, but I’ve found that it’s just as easy to shred in the pot.
Shred it into little pieces and give it a stir.
Now, here’s where the biscuit dough comes in. You take the biscuits and one at a time, cut them into bite size pieces. I usually cut them into 1/4ths.
Then, just drop them separately into the pot.
I  also go ahead and push them down into the sauce a little bit- gently.
Then, cover and cook about another 2 hours…I usually stir it half way through, to make sure the dumplings aren’t sticking together.
Then, when it’s done, serve it up. I like to serve it with mashed potatoes- but I think that’s an Indiana thing, starch on starch.It’s also good with corn or green beans. Or, this time we ate it by itself.
It’s a nice homey-comforting meal, and it makes the house smell super yummy. The best part, since there’s only 2 of us, we eat it again the next day and I don’t have to cook at all! Win-Win!
I hope you enjoy it, I make it all the time and it’s one of our favorites.
Check out another one of my favorite comfort foods: Porcupine Meat Balls 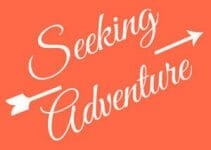 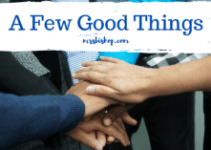 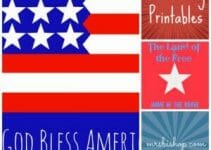