Today I was “That” Mother.

The one who rolled her eyes as she dropped her son off in the church nursery because I had just dealt with his 312th tantrum of the morning, and could not wait to sip some coffee and sit in the church service alone.

The mother who snuck out a few minutes early to try and go to the bathroom unaccompanied.

The mother, who when she went to pick up her toddler, he pushed her and told who to go away. Who screamed at the top of his lungs while knocking toys all over the place. Who threw himself on the floor and refused to budge.

I was “That” Mother, dragging my child out of the side entrance as he screamed and and kicked. Dropping my belongings more than once. People staring. Trying to go unnoticed, which was an impossibility, since I was essentially holding the hand of a banshee. (At this point, I was mentally kicking and screaming myself.)

Completely mortified, I just sat in the car in the parking lot.

What would people think?

It’s then I came to the conclusion- an epiphany, that we can’t always view our children’s actions as a reflection of ourselves. Or our parenting.

Sometimes our kids will throw tantrums. Behave badly. Be defiant. This doesn’t mean we are doing a horrible job. I spent too much time stressing over what people would think of me as a mother, rather than trying to figure out why my toddler was being a crazy person.

Guess what? He’s 4. Sometimes he is a big ball of crazy. Or hungry. Or over-stimulated. Or tired.

My job is to get to the bottom of why he’s upset, and to get over it. No amount of yelling or screaming at my end would have remedied the situation. He wasn’t throwing a fit because I am a bad parent, or because he doesn’t receive enough discipline, or because he’s a “bad kid.”

Let’s take this oath as mothers– to not judge each other by the actions of our children. To not assume the mother with the whiny toddler at the grocery store is an overindulgent Mom who doesn’t set limits. Or the little boy pushing the other kids at the park has parents that don’t discipline him. They are their own people, and we can establish and enforce boundaries- but sometimes they’re going to push them. They’re going to occasionally break the rules. And maybe embarrass us a little.

Once his meltdown was over and we were home for a few minutes (after a pretty rocky care ride), he was back to his cheery self in a few minutes and munching on a snack. I was the only one that was traumatized by the ordeal. He was over it long before I was.

That’s when it hit me.

I refuse to let the actions of my toddler let other people define my abilities as a mother- and so should you. Let’s all go ahead and agree that kids are weird sometimes, and leave it be.

Side Note: My husband never lets this type of behavior get to him, or thinks himself less of a father because of it. So, let’s take a tip from the book of fatherhood…I’ve never once heard of the term “Daddy Guilt.” 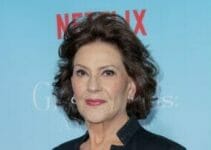 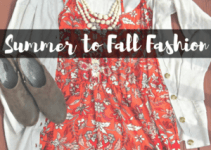 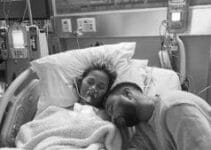