Here’s a secret about the Bishop’s. We’re nerds. We like to play video-games and do geeky things. We’re HUGE Nintendo fans. Especially my Hubby. This month he turned 30 and I wanted to do something special for him.

However, if you know Mr. Bishop, he’s pretty humble and hates for people to make a big deal about him, and he’s not a huge fan of big parties. So, I just invited a few friends over, had my brother and a friend take him golfing, and threw together a small get-together. I wasn’t even going to blog about it, so there’s not a ton of staged pictures. But, I thought it would be fun to share some of the cute Nintendo themed snacks that I found around the web. I wasn’t super original, and found most of these things on Pinterest. {I’ll try and link where I got all of the ideas!}

I put a post-it note Mario on the back wall. But, it kept falling down, so it became a taped up post-it note Mario. It ended up being a super cute background for our food table, though. And my Hubby thought it was hilarious. It took a little longer to make it then I thought it would, and I accidentally left out a whole row. (Hey- you try hanging up all of those while keeping your eye on a wild and crazy toddler!)

I used a bunch of Amiibos and food as the decor, because I didn’t want to purchase a bunch of stuff we didn’t need. I bought polka dot napkins to look like Toad’s hat. The only other thing I bought were those green flower pots holding some of the food.

These fruit kebabs are “Piranha Plants” and were super easy to make, as well as a delicious snack.

This red bowl and pot represented a Fire Power Piranha Plant, and was a favorite with the kiddos. (Sorry for the blurry pic- again, I didn’t originally plan on sharing these.)

I printed off the Lon Lon Ranch label (from The Legend of Zelda: Ocarina of Time) and put it on my milk bottles for the beverages.

I will NEVER throw a party that doesn’t contain a cheese plate of some sort. This one has some Pac Man cheese eating his Olive Ghosts.

These cucumber, cheese, and carrot Fire Flowers were cute and delicious!

The simplest thing ever were these Mario Hat Babybel Cheeses.

We had already had my Hubby’s fave: Carrot Cake on his actual Bday… so I iced a brownie and had my talented Sis in Law decorate it with a candy Link.

It looked super cute on this Zelda themed snack table. The dips were named from Zelda items as well.

These Triforce Lemon Bars didn’t turn out the best, but they were SO good! (I just used a box mix and watched Nerdy Nummies to learn how to make them.)

I also made some Crock Pot Chicken and Dumplings and called it “Yeto’s Superb Soup” (from The Legend of Zelda: Twilight Princess) and grilled some Hot Dogs, because it’s Summer!

In the end the most important part: Mikey was surprised! I have never been able to keep a secret from him- ever! It was so fun pulling one over on him. And his nerdy heart loved it! We had a good time playing WiiU with our friends and eating waaay too much food.

Have you ever thrown a small surprise get-together? What was your favorite theme? 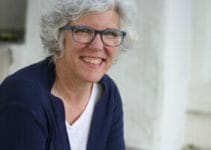 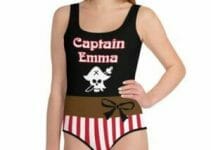 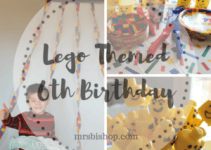