It’s here. I don’t know how- but we’ve made it. I am now the proud owner of a fully potty trained child! NO MORE POTTY TRAINING!

I feel like I should whisper it as I glance side-eyed at my son, waiting for him to drop a load in his Paw Patrol underwear. But, it hasn’t happened. It’s like last week he up and decided that he was big enough to utilize the potty at all times. No big deal. Even though it has taken what seems like forever to potty train him. However it seems there was, in fact, no training going on.

Maybe him training us to be patient…

I’ve shared my Potty Training Woes before. I’ve even mentioned the Dreaded Poo Strike, of which I’m sure we haven’t seen the last of. So I thought this would be more of a big deal. A little more pomp. But, it was just an ordinary day- and he went to the bathroom on his own, without prompting, and “went”. He looked at us like we were crazy for making such a fuss. And he’s been doing it ever since.

Motherhood, parenting in general, is funny that way. Something seems to take an eternity- colic for example, lasts 11 million years, and then one day that stage is over and we’re standing here dumbfounded. Wondering how in the heck this little guy is growing up. With, what seems like, little help from us.

I hate to be the Mother that says, “enjoy this stage, it won’t last forever.” But, here I am playing that role. I used to hate “That Mother”- especially deep in the muck of no-sleep newbornhood.

I have become her. Cuddling tiny babies, telling their mothers to slow down. Rocking them to sleep and breathing in their powdery scent.

Maybe it’s because I’m a Mom of One– so these stages are it for me. One time dealing with no sleep, one colicky infant, one round of potty training. The end of each stage has me waxing nostalgic.

I’m okay with it. I keep watching my baby grow every day, wondering who he’ll become. And right now I am going to enjoy not having to buy diapers EVER AGAIN! (Hopefully until I’m 90 or so.)

What stage lasted forever for you? Which one would you encourage your fellow Mothers to try to enjoy more? 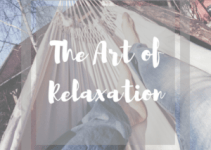 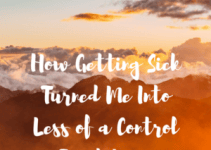