Does anyone get overwhelmed by all the choices available to us?

I mean, who has ever decided they wanted to watch a movie? Then, spent an hour (or more!) searching hundreds of channels, On Demand, Netflix, Hulu, Vudu, Amazon and more- only to give up entirely? I have done that more times that I can count!

I was trying to decide what to make for dinner this week, and a simple Pinterest search just overwhelmed me. Thousands, millions of recipes. And I didn’t want to make any of them by the time I was done. I know the amount of options avaialbe to us is supposed to make life easier.

Online shopping- endless stores to buy clothes from. Fifty brands of cereal on store shelves. A simple grocery trip can make you feel overwhelmed with the amount of products out there. It sometimes makes me want to sell everything I own, and move off the grid. Which is mostly just me being dramatic. But, it makes me wonder.

Is this maybe why, as a whole, we’re unsatisfied?

Think of your grandparents. Were they more productive because they had, what- 5 television channels at the most? Maybe they weren’t so overwhelmed and inundated with THINGS, and CHOICES, that they felt like they had to spend all of their time choosing.

They didn’t feel the need to spend as much time (and money) because there weren’t thousands of stores at their fingertips, or 30 brands of toilet paper.

I’ve posted over and over again about being nostalgic, and longing for a simpler life. Because my soul sometimes needs simplicity. Which, if you saw my makeup drawer, would have you rolling your eyes. But, it’s true.

I was going through my son’s toys earlier today and had this epiphany. He has SO MANY TOYS that he hasn’t been playing with ANY of them! Because he was overwhelmed by his plethora of choices. We rearranged and got stuff put in a pile to give away. And he was happily playing in there in no time.

Because he had a few things that he loved. A few options to choose from. And he was content. Maybe we should let that be a lesson to us.

Have you ever felt overwhelmed by the amount of everything we have? I hope I’m not alone. 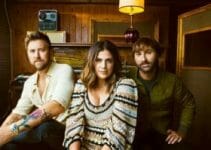 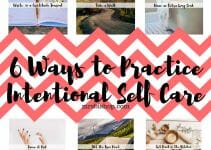 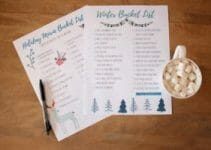