I encountered a post on Pinterest a while back that really made me think. It was a recipe, of all things. It was a crock pot meal that included a box of stuffing. I noticed this particular recipe had an unusually high amount of comments, so curiosity took hold. As I scrolled through the comments, there were an alarmingly high amount of negative comments toward the person who pinned the recipe. These comments said things like, “How could you feed your children that boxed trash? I would never feed my children that kind of processed garbage! You are a terrible person for feeding this to your children, blah, blah, blah, etc.”

All I could think to myself was, really? This mother pinned a recipe so that she could make a meal for her family. She is probably busy, and needed something easy that would still be home-cooked for her family. This woman could be ill and need an easy meal, she could be disabled, or heck, she could just like boxed stuffing! For goodness sake, Moms, stop judging each other! At least this lady was taking time to cook for her family. There are so many people out there who don’t even take the time to do that.

There was a time that I thought I would never give my son hot dogs, or spaghetti-o’s, or chicken nuggets. But, at least that means he’s eating. Sometimes the only thing I can get him to eat is spaghetti-o’s. Does that make me a terrible mother? Definitely not! There are days where he will eat nothing, and sometimes that old standby is good to know that I can get him to eat something…

And, heaven forbid, I’ve gotten my son a Happy Meal on certain occasions. I’ve seen mothers persecuting each other over this infraction as if the accused were, in fact, feeding their children poison. It may not be the best thing, but sometimes you’re out running errands and time slips away. Heck, sometimes, you just don’t feel like cooking. We don’t always have the time, energy, etc to make our child a fresh, organic, home-cooked meal at all times.

Again, do these things make bad parents? I think not. I just want Mom’s to stop judging each other over such minute issues. We can’t have it all. We can’t all make our child homemade playdough and then proceed to make crafts every day, while simultaneously looking great, and making a fresh, organic, homecooked meal, in a sparkling clean house. If you can, kudos to you. But, I’m going to stick with being the best mother possible. And, if that means that occasionally I feed my child spaghetti-o’s in a house that isn’t always spotless, then so be it.

Children grow up so fast, and we’re all just trying to make it through every day while still making fond memories. We don’t need to waste our time judging other mothers. You can never have any idea what they are going through. Be the best Mom YOU can be, and not by society’s standards. The only people we need to worry about are our children, and honestly, they couldn’t care less if their playdough is homemade.

(Incidentally, I don’t mean that we shouldn’t take proper steps if you see a child being abused or neglected. And, no, feeding them an occasional Happy Meal is not abuse.) 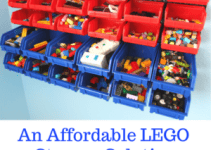 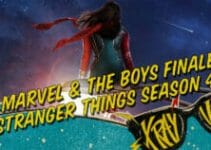 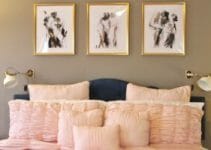